Coming Soon! THE CLIFF Book 1 and 2

Welcome to Matthew Brown's new comic book blog.
You may remember "The Cliff" Book One... a photocopied mini-comic published by Ambient Zero that came out in 2005... Now the adventure continues!

As well as re-printing Book One: My Helicoper with higher image quality and revisions, an entirely new adventure continues with Book Two: The Inner River! 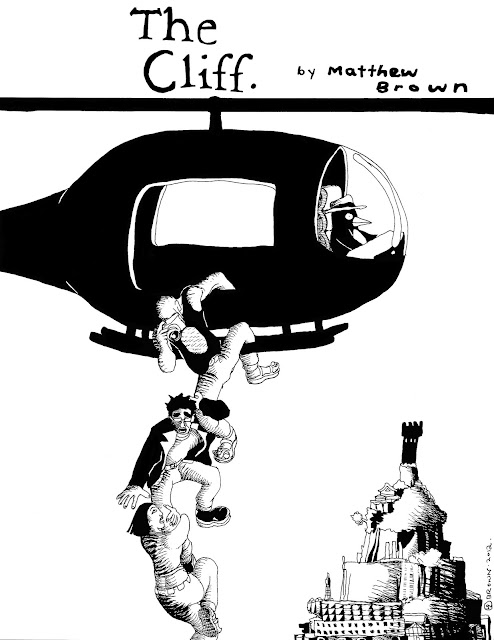 ﻿
I am very excited about the new edition... after getting thoroughly burned out during Architecture School (2005-2008,) it took me a few years to refuel and find my love for comic books again.
The saga continues with the three adventurers Mutt Blue, prince-in-exile; Partridge Bark, frustrated novelist; and Torvek Rotinski, aspiring photographer﻿...

And the story introduces several new characters, such as Rabbit--owner of the Nexus Island Tea Stall, and Sheriff Raymont Raymont of Nexus Island and the Equivocal Smattering of Miscellaneous Territories, Etc.
(These two characters premiered in Fear Itself: Matthew Brown's Comix Compendium 1988-2004, launched at TCAF by Editions TRIP in May, 2011) 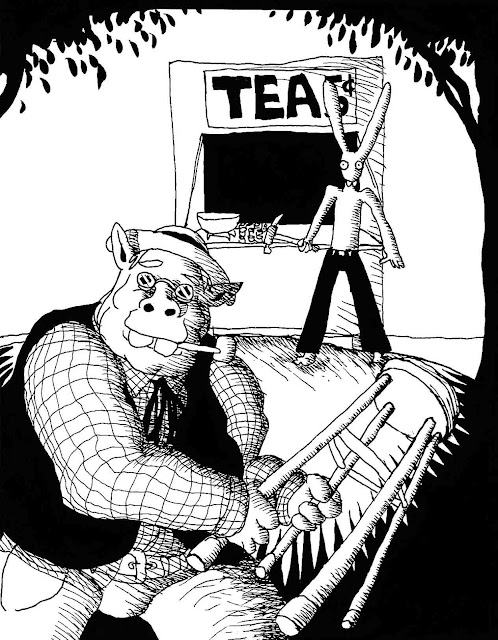 ﻿
The entire CLIFF saga will range over five volumes... this edition comprises the first two.
Book Three: Murder in Varanasi is already in production!
When I have an exact date for the launch, I will post it here... probably some time in September, 2012.
In the meantime I will post some tidbits and musings which should be entertaining and titillating.
So, I hope you enjoy these "coming attractions" and keep an eye on this blog for further developments!﻿
Posted by Matthew Brown at 08:46