Preview panels from upcoming latest chapter in my graphic novel, THE CLIFF, Book 4: "Heart of Brightness"... page 99.  These photos depict characters from the cast many years before the graphic novel takes place, basking in the innocence of their youth... 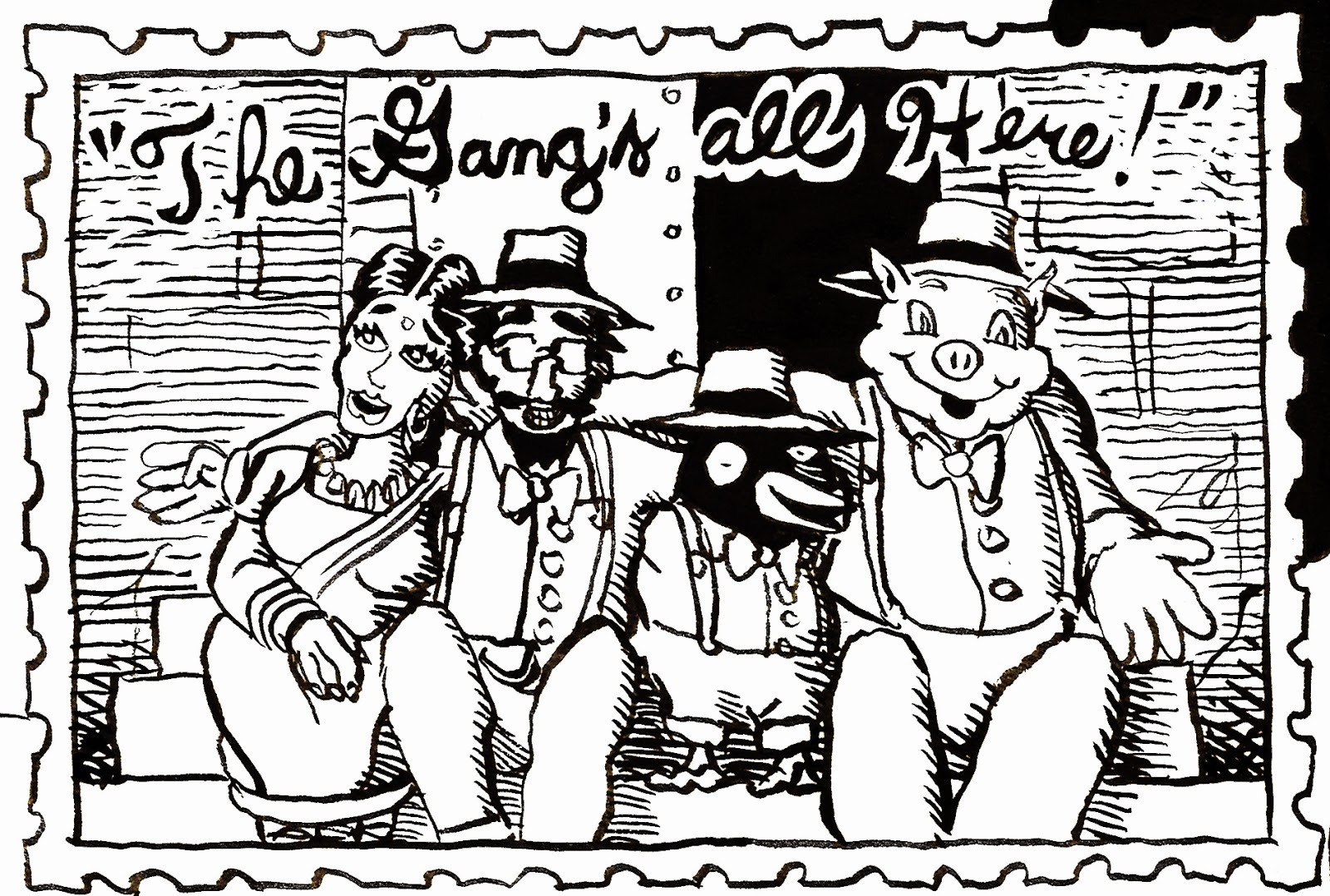 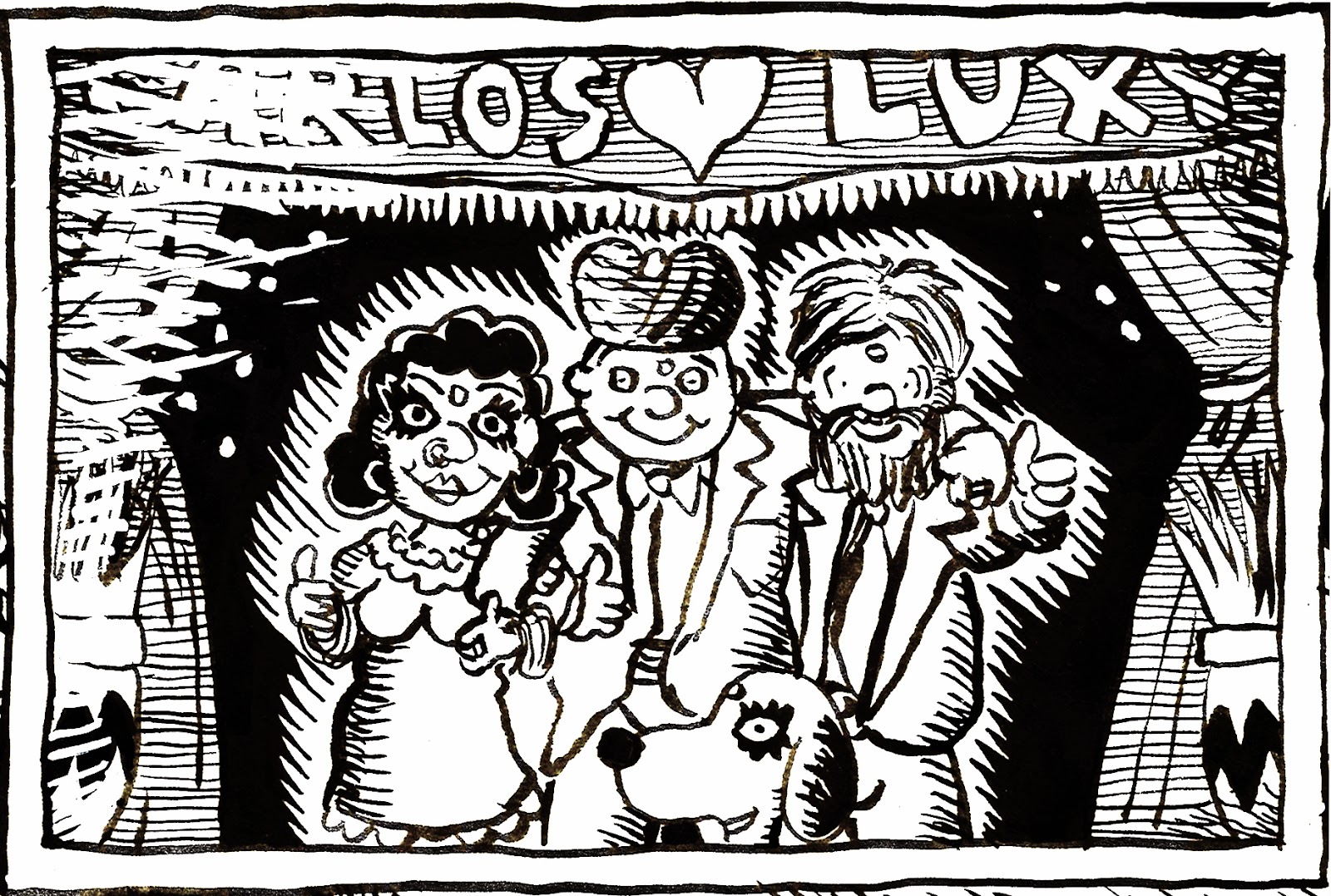 The happy wedding of Luxy Fan Belt and Carlos Brown, with best man Linux Fan Belt
and faithful pet, Snooty the Beagle (circa 1982)

Saw Art Spiegelman talk at the Bloor Cinema last night... what a great talk. He is erudite, funny, has a genuine love of comix and art, and also feels a tremendous responsibility to the human race. I'd say he's about as engaged, conscientious and honest as a cartoonist can get. (And that's me, sitting in the front row, to the right of the empty seat... it may have been the "Unknown Cartoonist" sitting in that seat--a combo of Will Eisner, Harvey Kurtzman, Jack Kirby... or the cartoonists who depicted the Holocaust from firsthand experience.)
He talked about how comix go straight to the "reptile brain" before we can intercept them, and how a great cartoon is known by the fact that once we see it, we cannot ever "un-see" it.  (Think Steinberg's famous "The World Seen from 9th Avenue" New Yorker cover.)
He also talked about the watershed that MAD Magazine was for his generation in America, and his belief that without a generation raised on MAD, there never would have been the anti-Vietnam War protests.  Nor a counter-culture movement, including underground comix.  Finally, he discussed the recent "Charlie Hebdo"  shootings in depth, trying to consider all sides as carefully as possible.
He consistently misplaced his laser pointer and e-cigarette, while mumbling that he was too tired to give a short talk.  Thankfully! 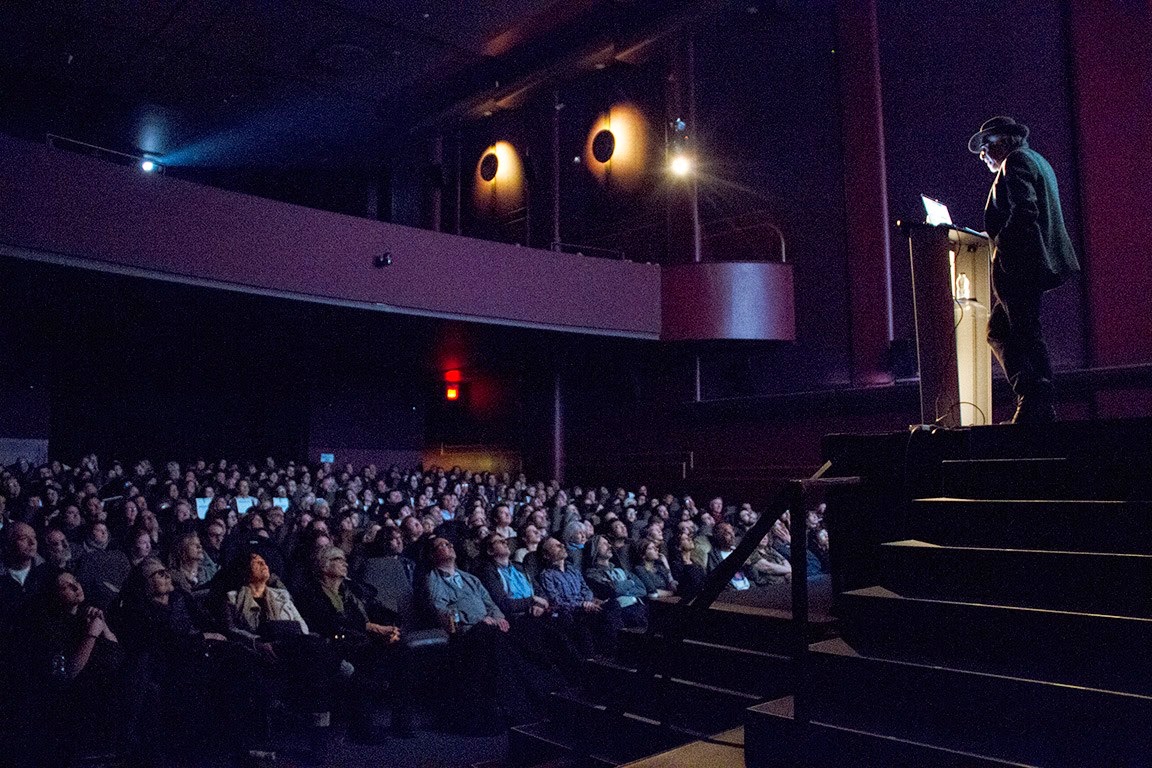 Posted by Matthew Brown at 14:17 No comments: 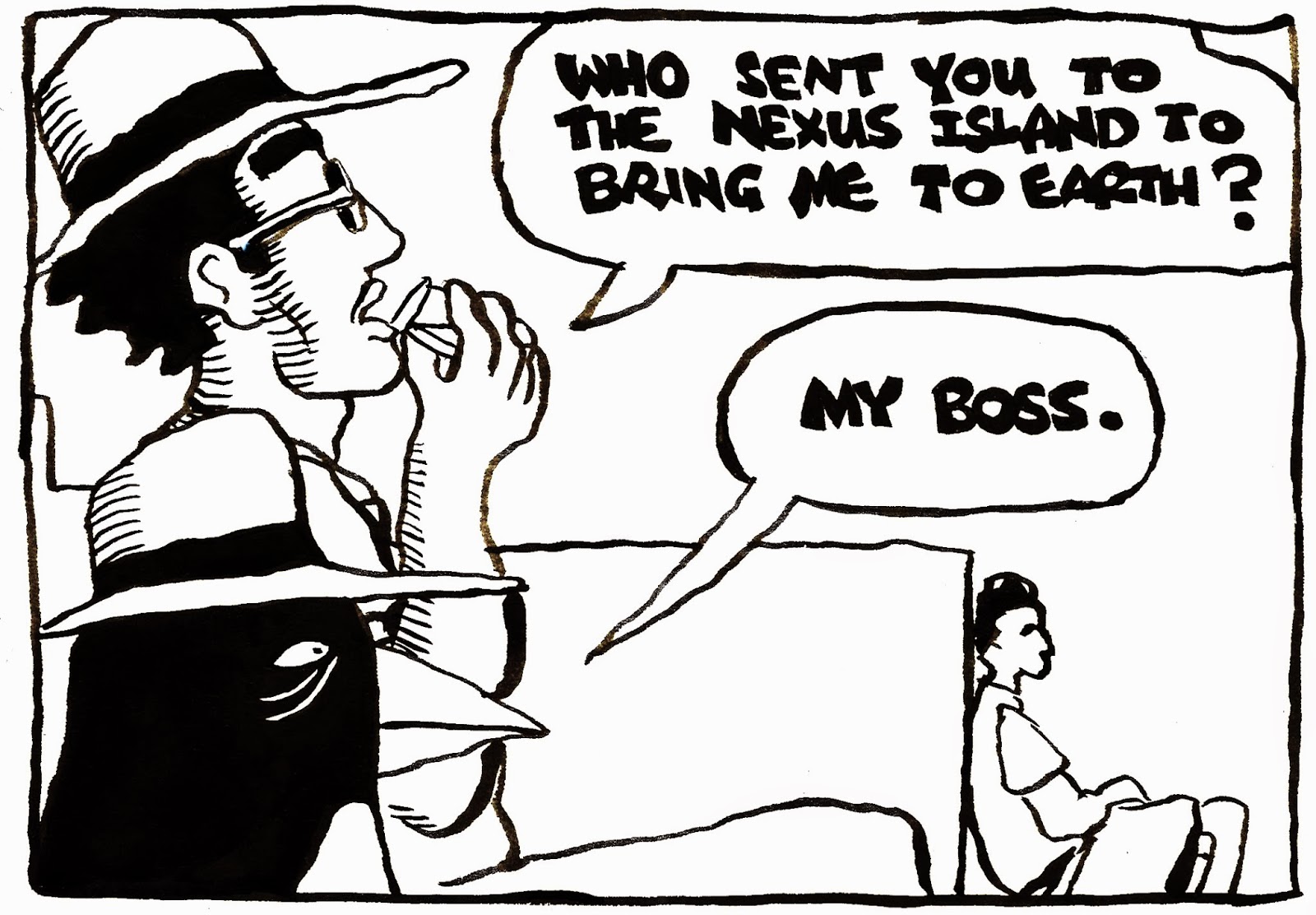 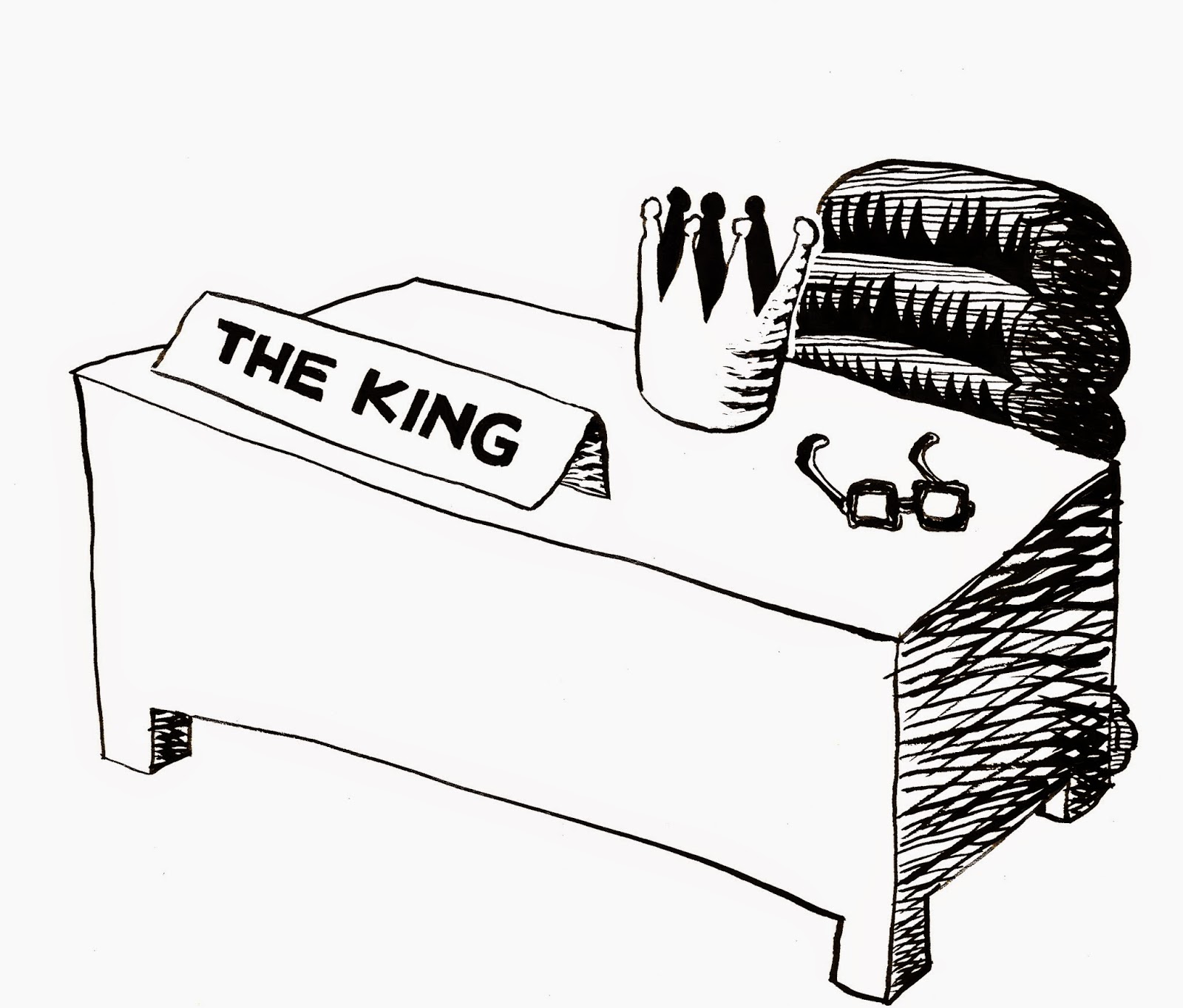 Posted by Matthew Brown at 13:57 No comments:

I DON'T HAVE A GUN, HONKY 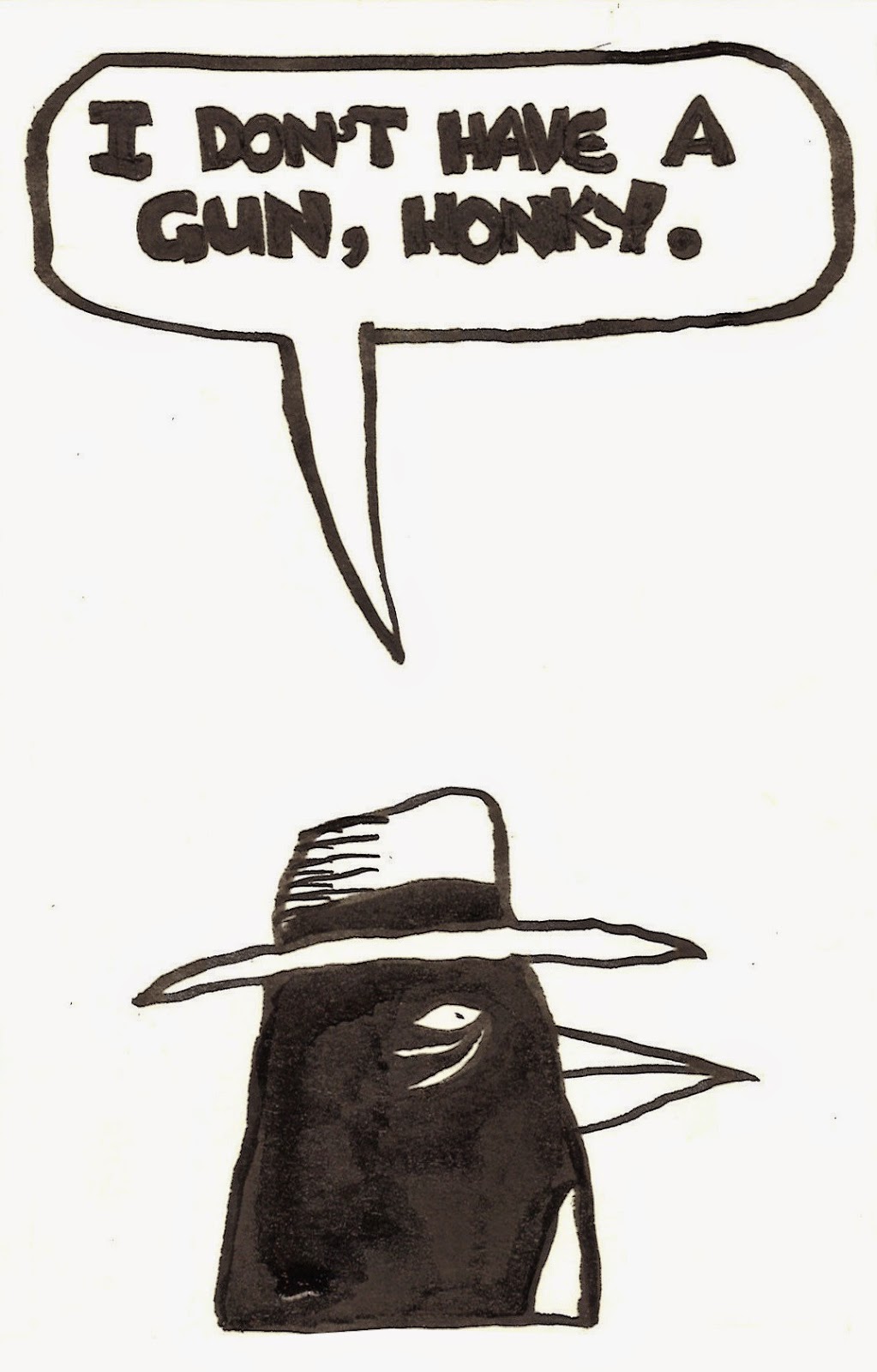 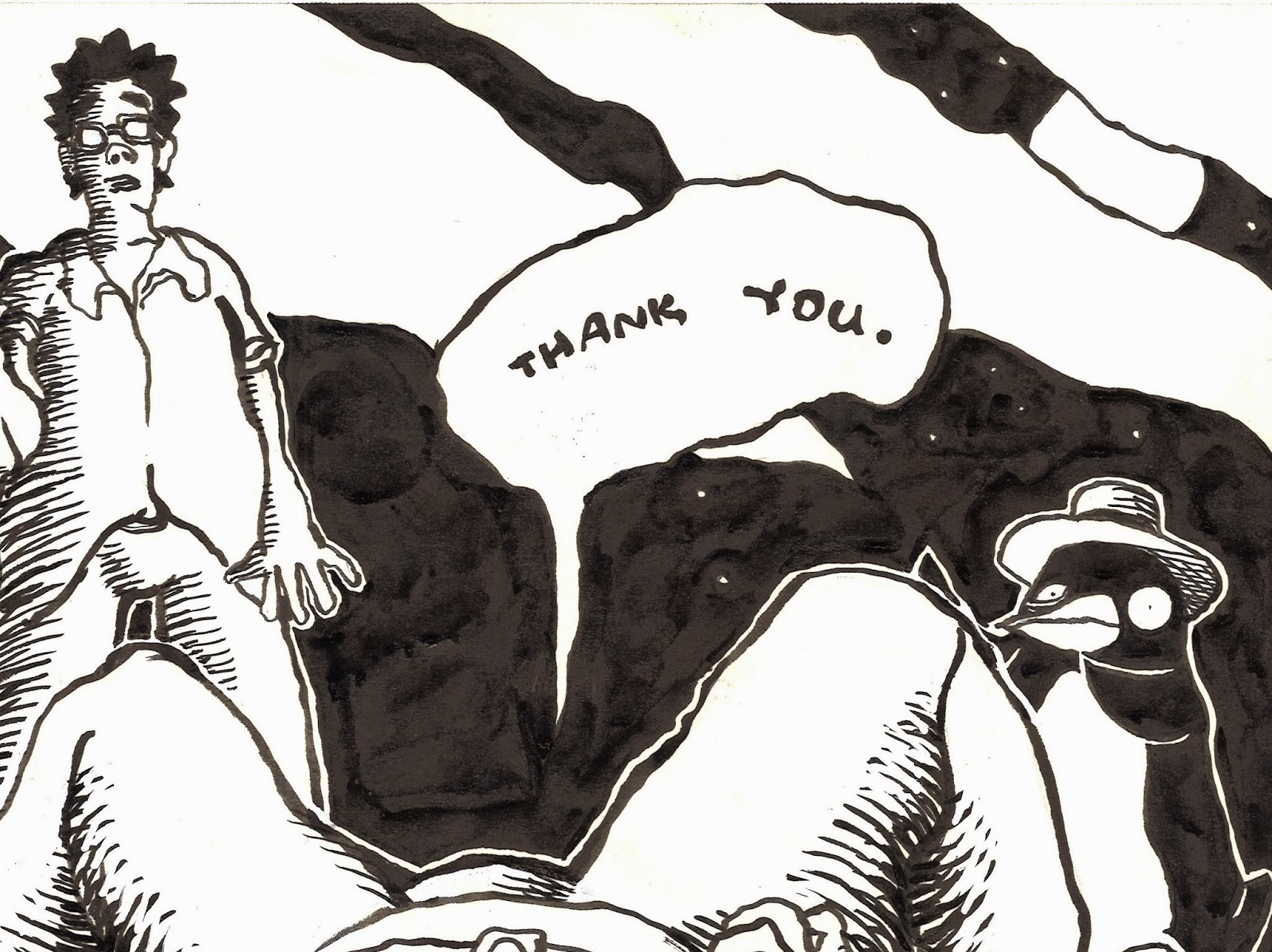 Posted by Matthew Brown at 14:42 No comments: