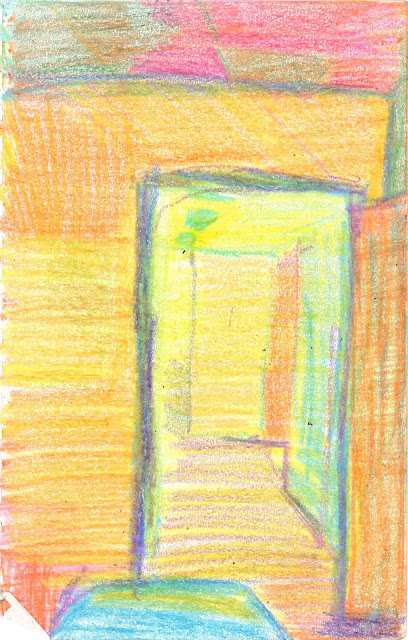 ﻿
I have been carrying around piles of sketchbooks for several years, from one apartment to the other.  These drawings have been waiting patiently to be useful for something other than gathering dust, and now here they are.  They offer a snapshot of where I was, who my friends were and what my attitudes were from 2000 to 2002. 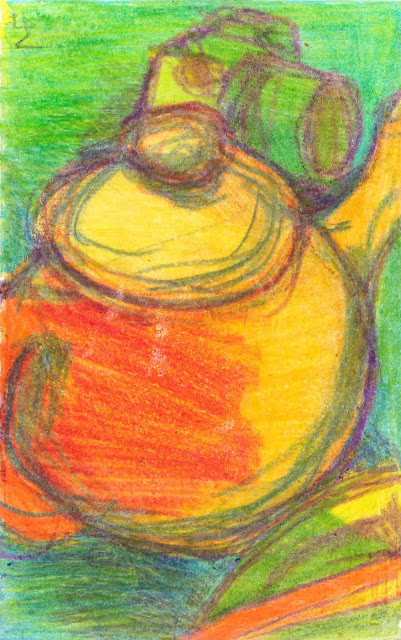 ﻿  This is a teapot in Buddha's Vegetarian Restaurant in Toronto, with Galen's camera behind it.  Galen Kuellmer is no longer with us, and I can't bear to scan in the many drawings I made of him over the years before his untimely death in 2004.  So this drawing will have to stand in as my tribute to a dear friend who helped inspire me to return to my art. 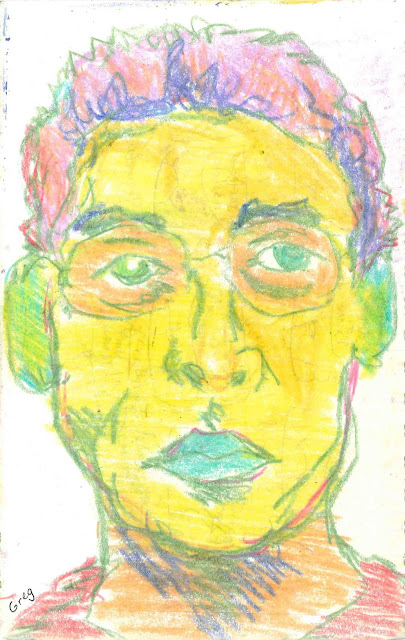 This is Greg ﻿Mount (aka Pasada.)  We shared many a beer in Korea Town with various friends we knew through the Zen Buddhist Temple. 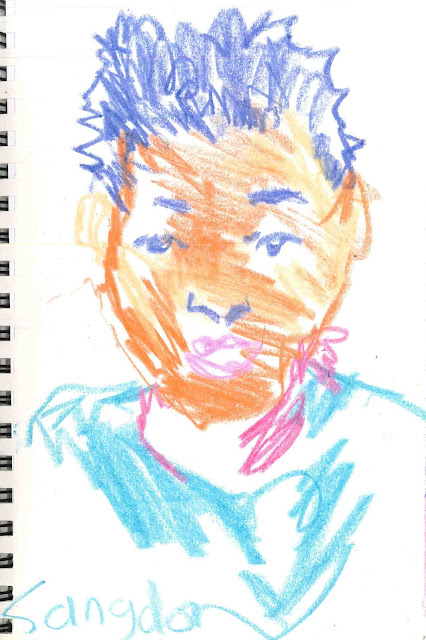 This is Sangdon Yi, who was briefly my roommate at the Zen Buddhist Temple.  He bought me a vacuum cleaner over the Internet many years later as a wedding gift, and is now the father of two lovely children in South Korea. 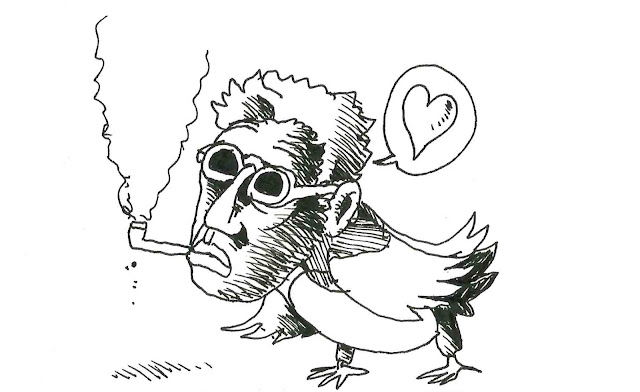 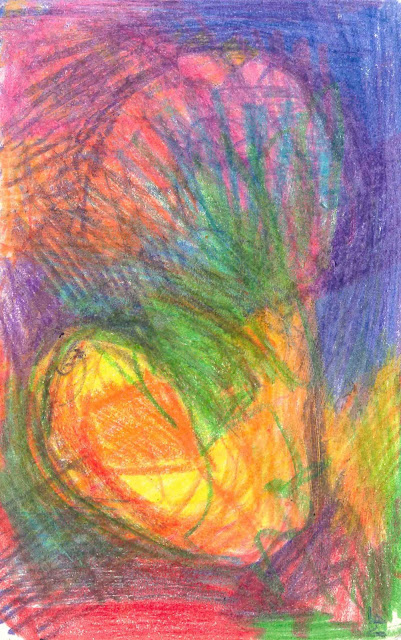 I think I remember making this drawing as a demonstration to someone during a beer drinking session of what the hand could do if the mind didn't interfere.  It looks to me now very emotionally charged. 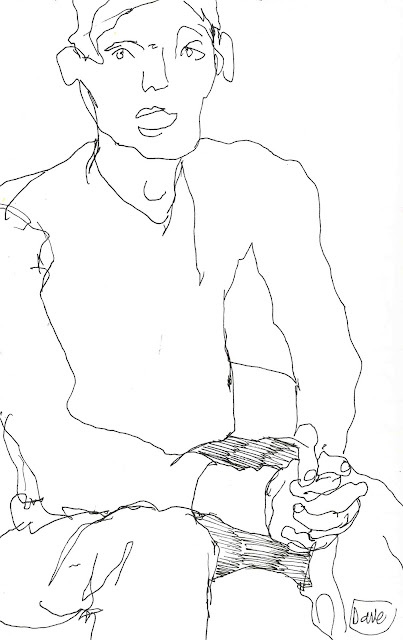 ﻿This is Dave Smaller.  I stole his shoe in Grade 8.  In Montreal, he taught me the importance of bringing bagels when visiting someone else's apartment.  Many years later he had a job driving other peoples' cars across North America, from city to city. 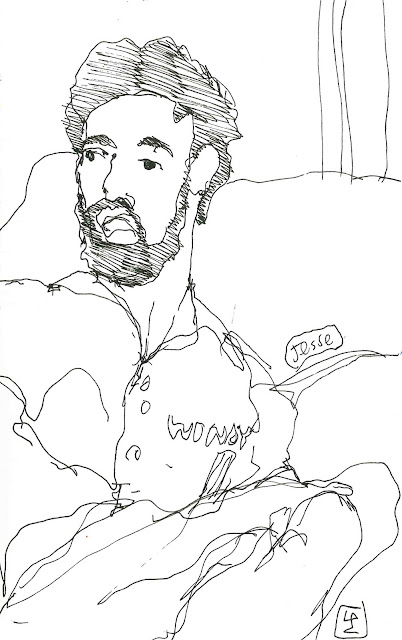 This is Jesse Demb, who introduced me to Fugazi, community co-ops and radical activism.  He is a prince of a man.﻿ 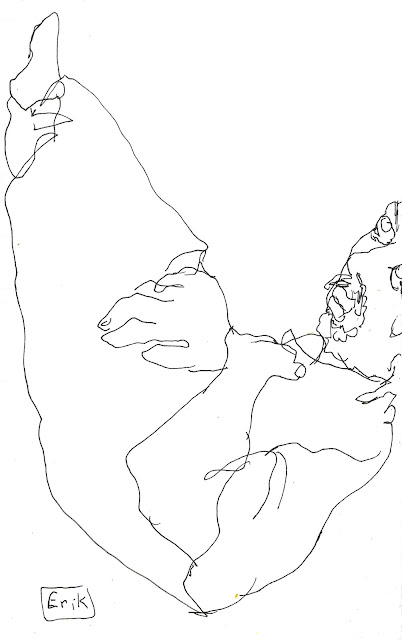 I was trying to fit all of Erik Paulsson onto one page, so I warped him a bit.  Erik and I hitch-hiked across Canada at the age of 19, and now he is a documentary film maker.  He is a dynamic force of nature. 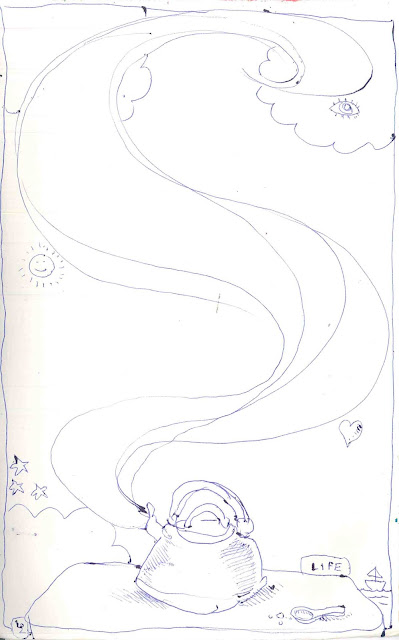 ﻿I can't remember whether I intended this drawing to be tongue-in-cheek.  Now it just comes across as pleasant. 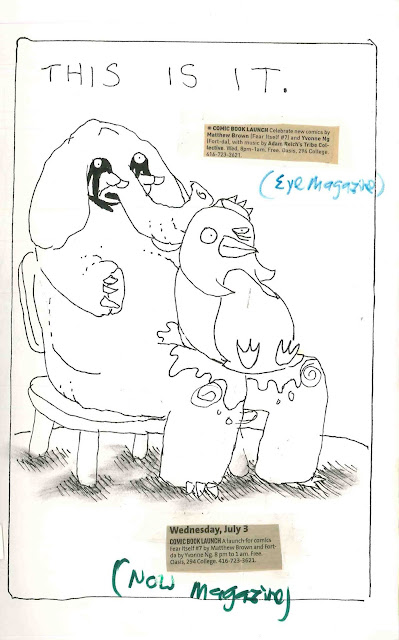 On the old cover Poopsie the Penguin was peeing on his teacher, Ms. Milk's lap.  On the new cover he's peeing on the Sad Elephant's lap.  For some reason I didn't use this cover.  I think it's funnier than the one I went with. 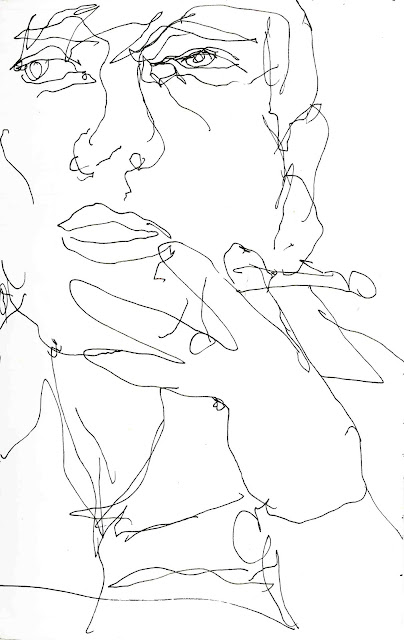 ﻿I met Goran Petkovic at one of Galen's dinner parties and he seemed like a cool sarcastic guy.  We met for a drink and he later helped me get my first job in architecture.  I have no idea what Goran is doing now, but we both liked this drawing of him smoking a cigarette.