In the below photograph from the film set for Shawn Goldberg's "The Detective" shot in Montreal in 1992, author Matthew Brown looks a lot like character Mutt Blue from the next issue of my comic book THE CLIFF: Book 3--"Murder in Varanasi" (soon to be released) ... 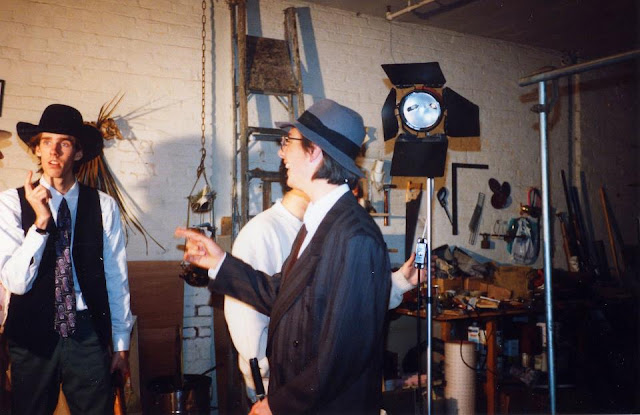