I am happy and proud that my father Mr. Richard Brown, former high school English, History and Family Studies teacher, has written the first advance review of THE CLIFF, Book 4: "Heart of Brightness."  His own literary prowess, perspicacity and wit are in evident abundance. 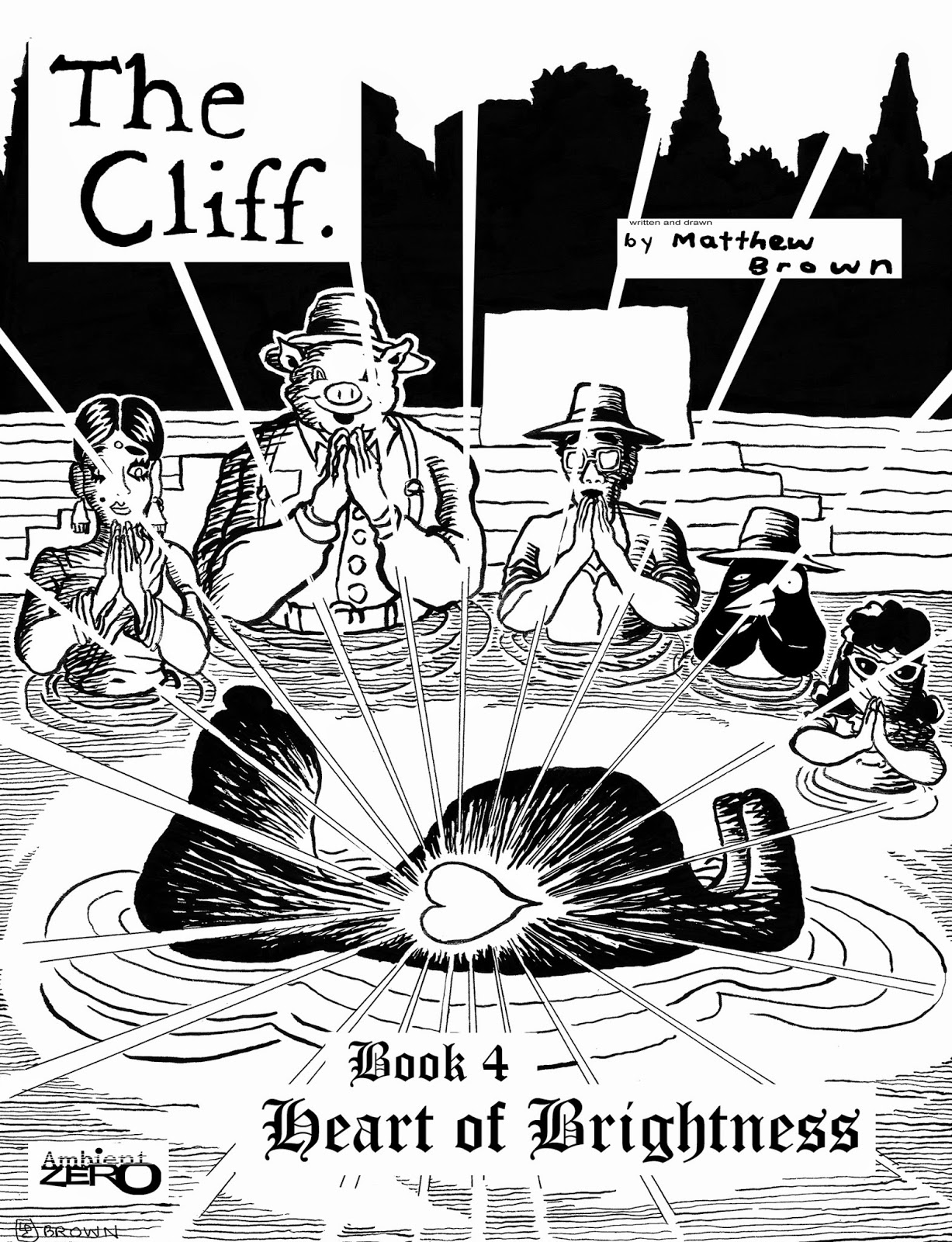 The Beatification of Snooty:
A Review of The Cliff, Book 4 by Matthew Brown

Matthew Brown’s graphic novel The Cliff, Book 4 is a riveting mystery story, which captures the reader’s attention from start to finish, but, in addition to that, it draws upon sources so diverse as Charles Schultz’s “Peanuts,” Joseph Conrad’s “Heart of Darkness,” Virgil’s Aeneid, beast fables, Lewis Carroll’s Alice in Wonderland, and the conventions of “film noir” to make a unique contemporary cultural and biographical statement.  The story begins with Mei Mei Castiglione in the city of Moronto soliciting the aid of private investigator and former gang member Poopsie the Penguin to solve the murders of Carlos Brown and others.  This initiates a journey to the city of Varanasi in India by Poopsie and Mutt Blue, a young alter ego for the author and a man of peace, reminiscent of Marlow’s journey into the Congo, Alice’s trip down the rabbit hole, and Aeneas’ guided tour of the Underworld, where he meets his father.  Poopsie is the ultimate guide, much like Marlow, the white rabbit, and the Cumaean Sibyl in Virgil’s Roman epic, and Mutt learns the secrets of his past.
The plot, however, is of least interest and importance in this graphic novel, similar to a libretto for an opera or a screenplay for a porn movie.  The “real action” is in the one-liner jokes  (one can imagine a Humphrey Bogart voice delivering them) and in Matthew Brown’s incredible artistic skill in rendering a detailed and complex black-and-white world with his pen.  The characters seem to have all the solidity of Eastern idols, and Varanasi is portrayed in such depth that the readers emerge with the feeling that they had actually been there in person themselves.
While this reviewer will not spoil the ending of the story for future readers, a word or two must be said about the front and back cover pictures for this book.  Writers such as James Joyce have noticed that “dog” spelled backwards is “god.”  Suffice it to say that Mutt, the man of peace, finds a pooch that gives all for freedom.
I recommend this book wholeheartedly, and I can only conclude with a joke I remember from my childhood:  “Hi!  My name is Cliff.  Drop over sometime.”
Richard Brown
April 6, 2015 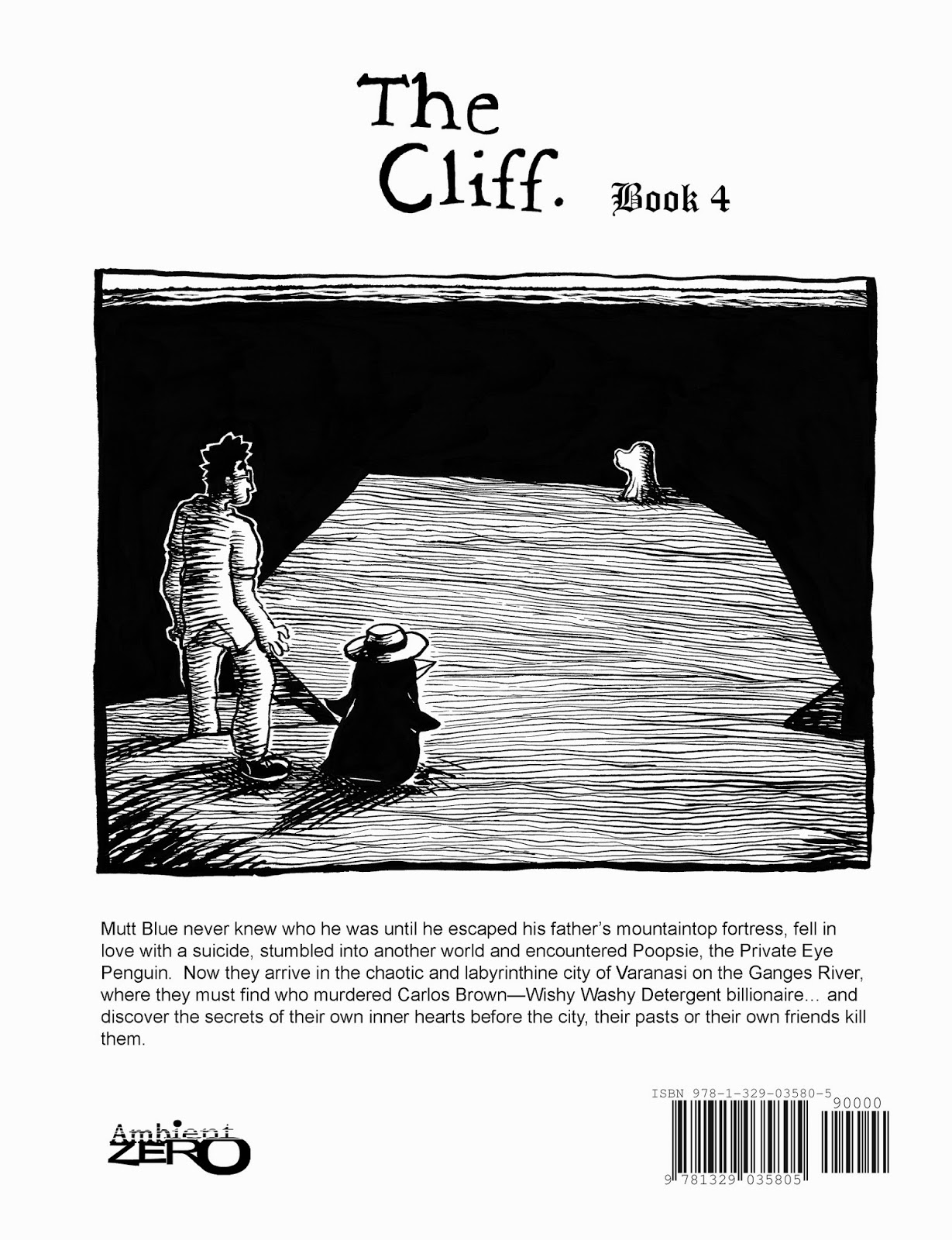