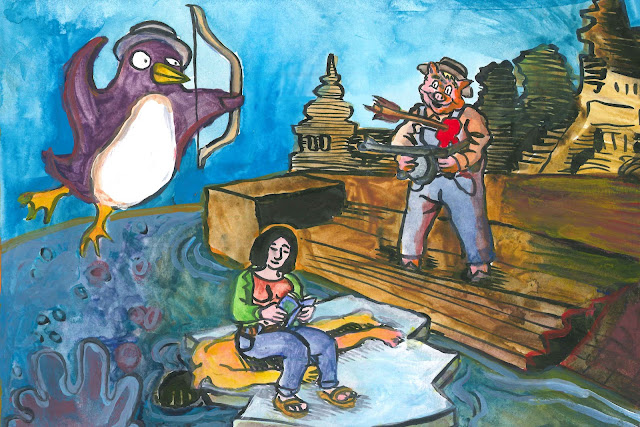 Here is a preview of the upcoming Editions TRIP calendar illustration for February, 2013... with Poopsie as guardian Cupid, Honky the Pig as assassin, Partridge Bark as literary provocateur and Mutt Blue as naked guy with his head in the river.  Kind of a sideways and backwards dream hint to themes in the upcoming chapters of THE CLIFF... Book 3, "Murder in Varanasi" and Book 4, "Heart of Brightness!" 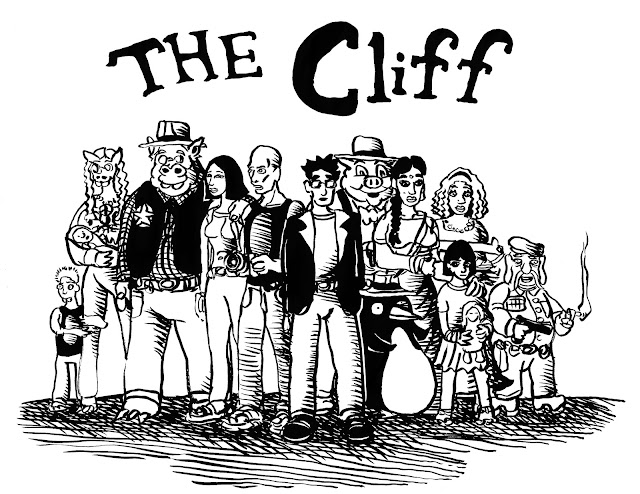 Work on Book 3 proceeds on apace...  I have applied to the TCAF (Toronto Comic Arts Festival) in May 2013, and hope I can get a table there and meet you all!