These drawings from a 2002 sketchbook capture everything from story ideas to spiritual imagery to cartoons to documentary to portraiture.  Including some drawings of horses guaranteed to leave animal lovers disappointed. 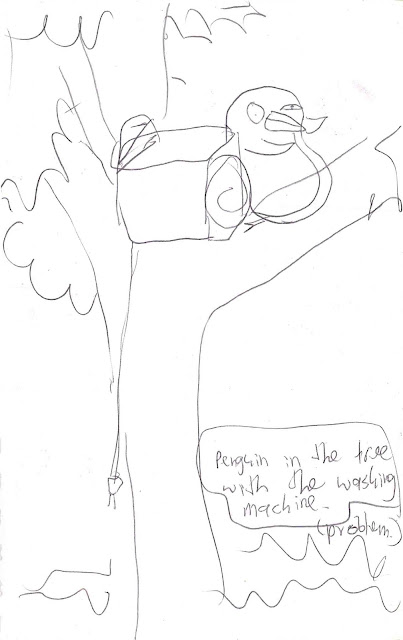 A story idea (I think) - "Penguin in the tree
with the washing machine." 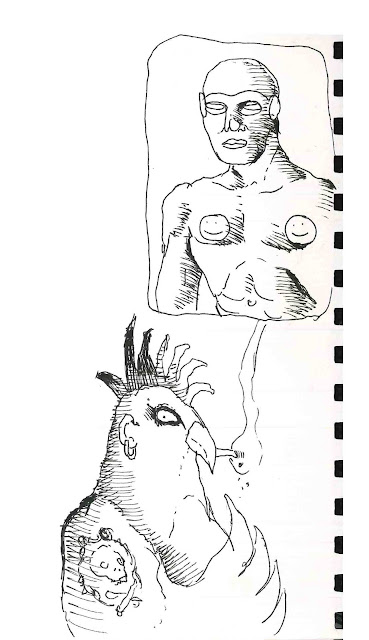 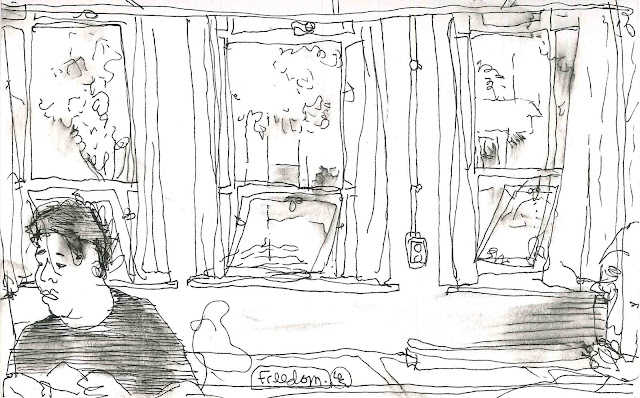 I drew this sitting in a classroom where I was teaching, looking out the basement window.  Now, ten years later, the school building has been turned into condos and I still pass it every day. 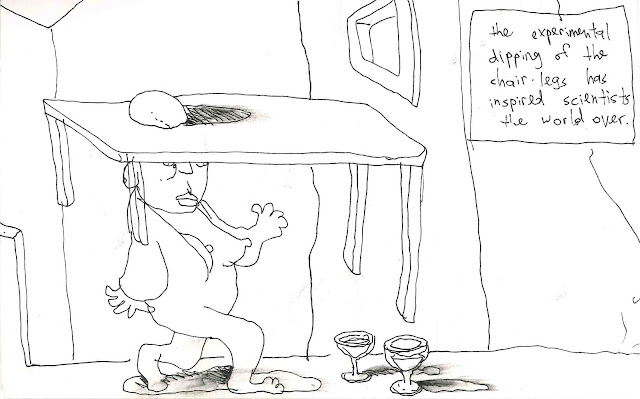 ﻿
"The experimental dipping of the chair legs has inspired scientists the world over." 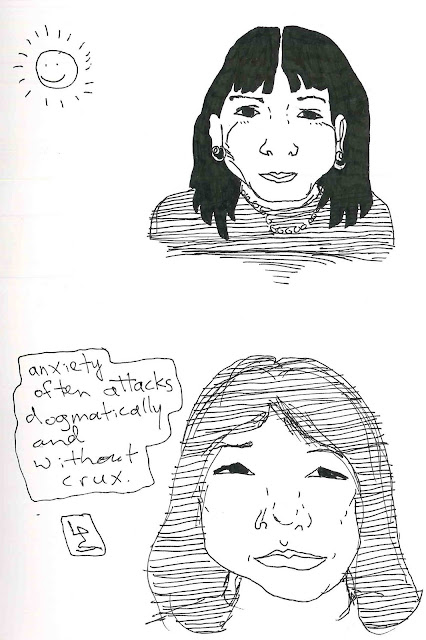 This is an early character design for Partridge Bark, who appears in my graphic novel "THE CLIFF-Books 1&2" 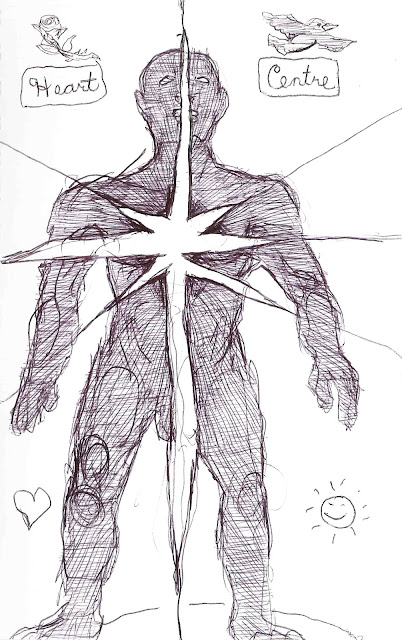 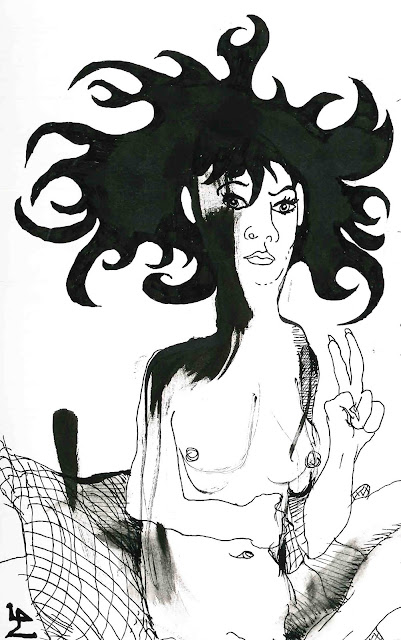 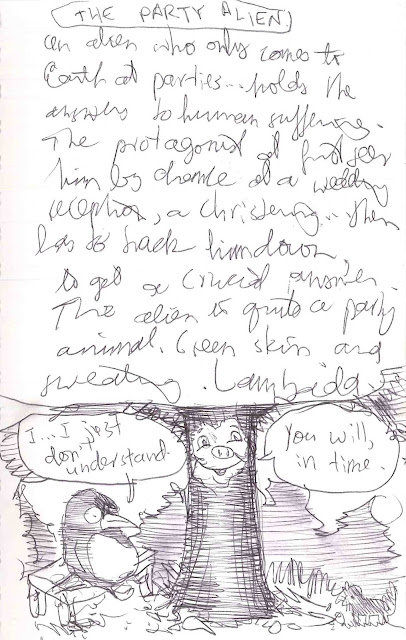 Story idea and an autobiographical sketch of Poopsie the Penguin in communion with a tree from which Honky the Pig enigmatically appears.
I'm not sure if the two were originally meant to be related. 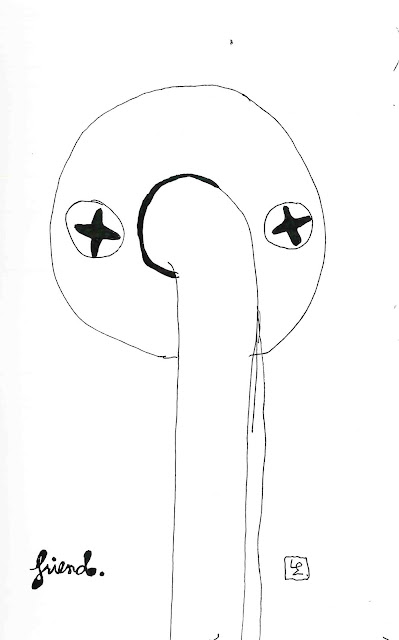 On the GO Train to Oakville, Ont. 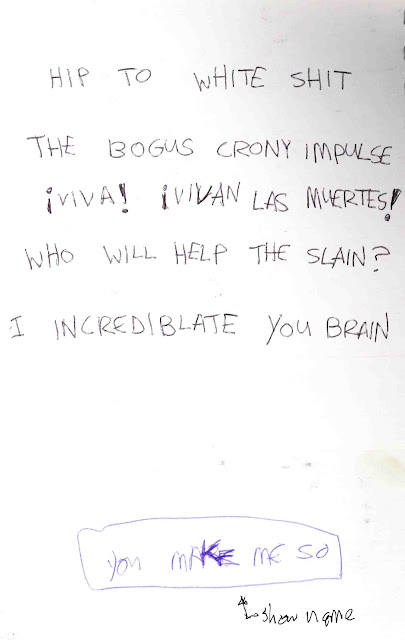 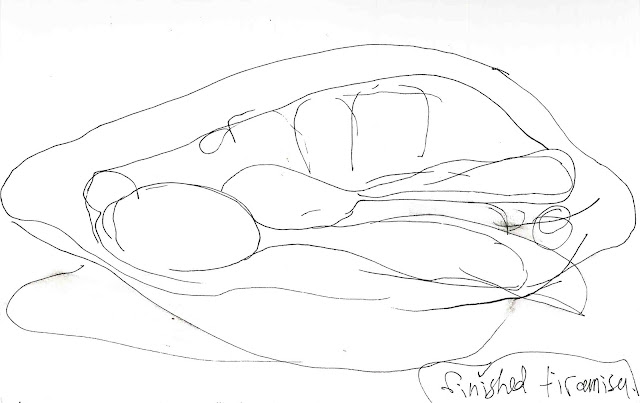 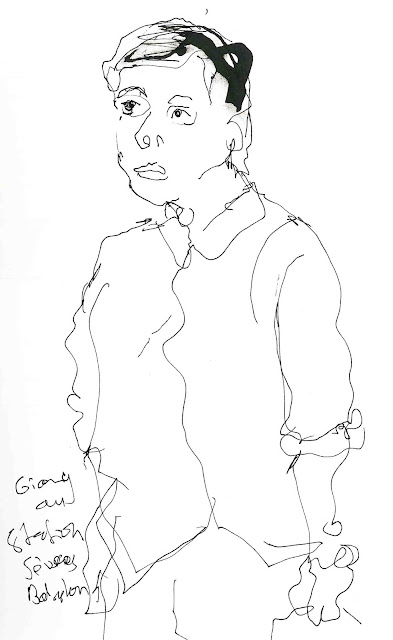 My friend Giang in the Paris metro.  This and the next few drawings are from a visit to Giang and his family in Albi, France in 2002. 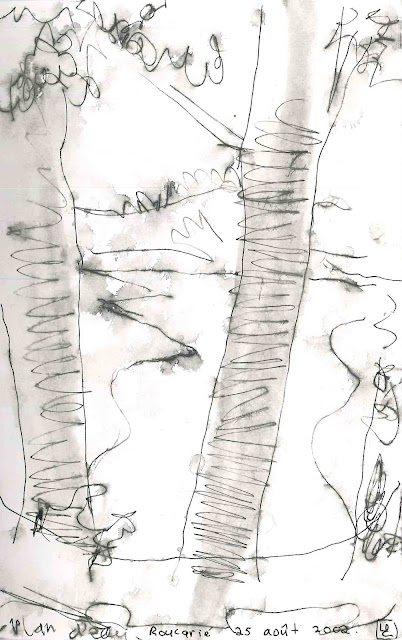 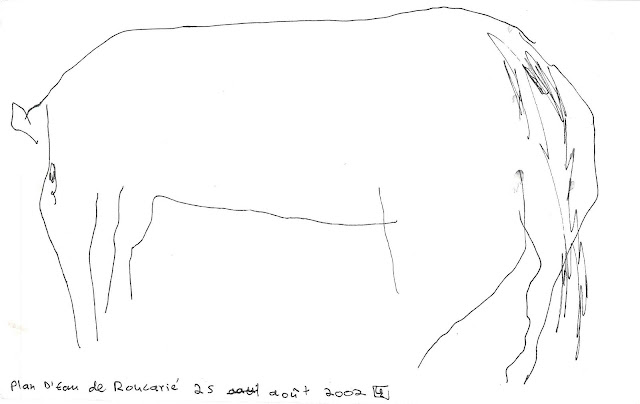 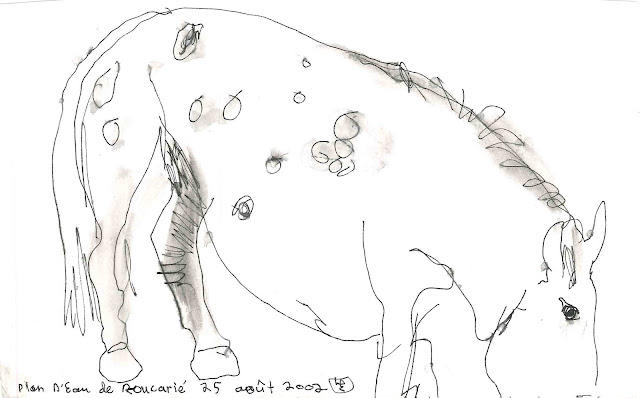 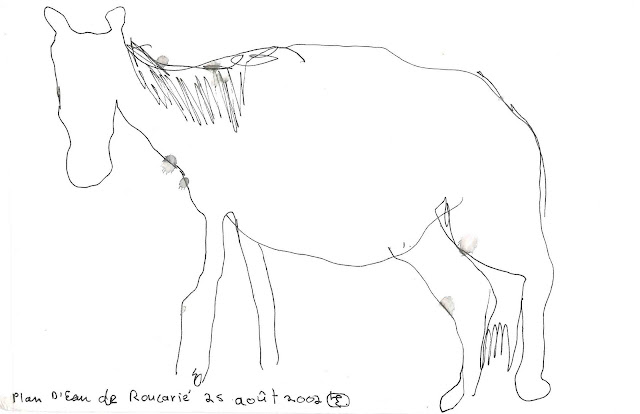 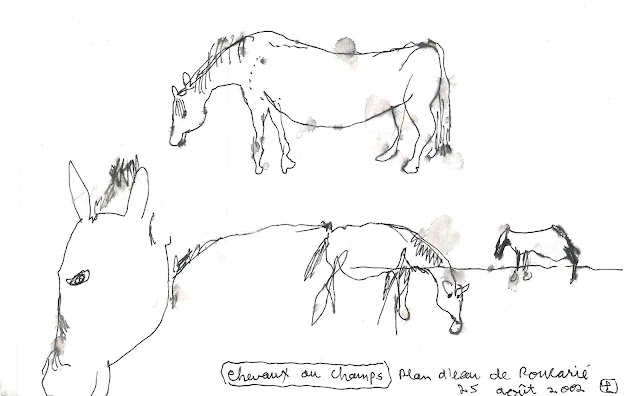 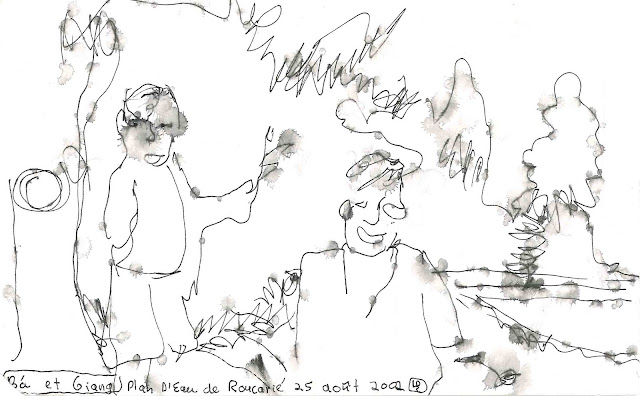 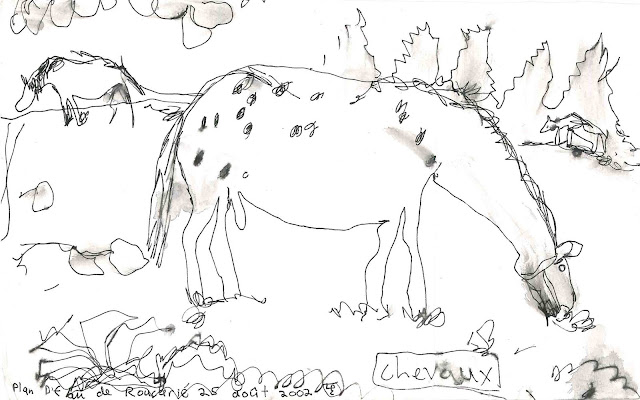 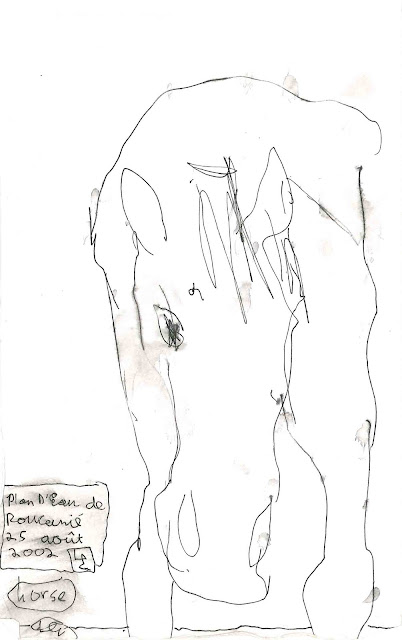 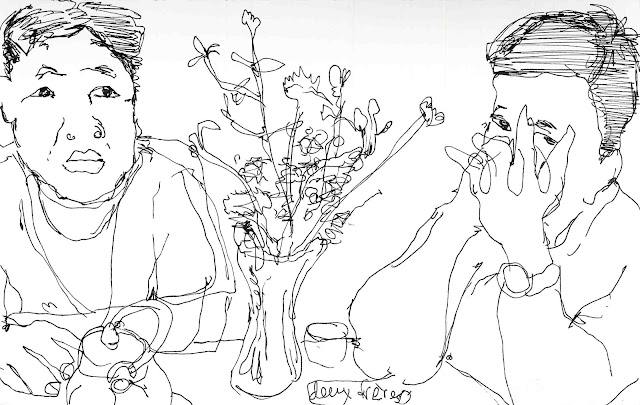 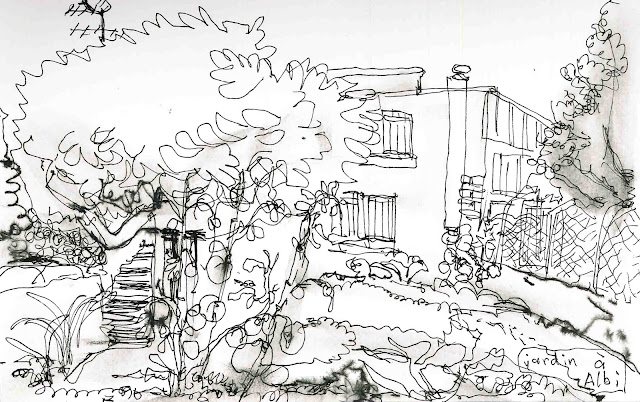 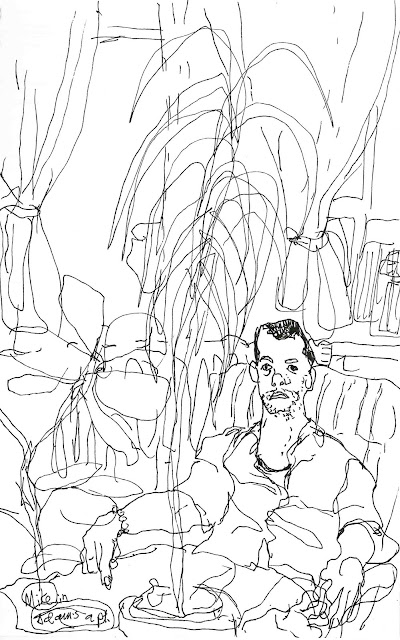