Are comic books about freedom?

For some writers and artists they are.

Above is the final scene from comics genius Dave Sim's Cerebus the Aardvark #50.  His first "graphic novel" or extended novelistic storyline, "High Society" ends with the revelation that the narrator has been writing his triumphant political epic on a prison wall the whole time.

This scene, so sad and poignant at the end of an epic that was often farcical, still leaves me teary-eyed.

The below story by French comics legend Moebius is also a mindblowing ode to freedom... 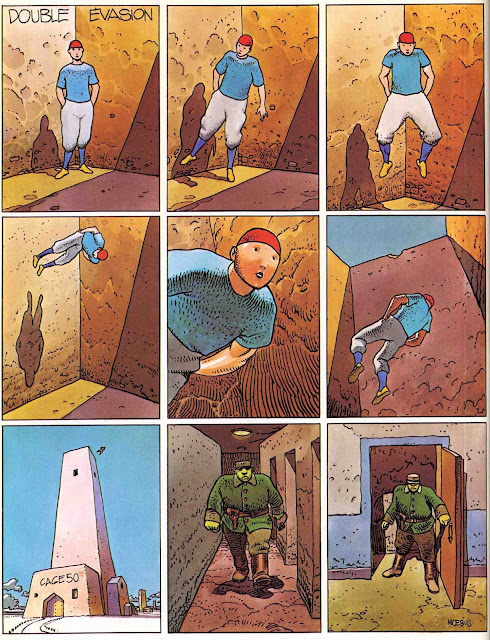 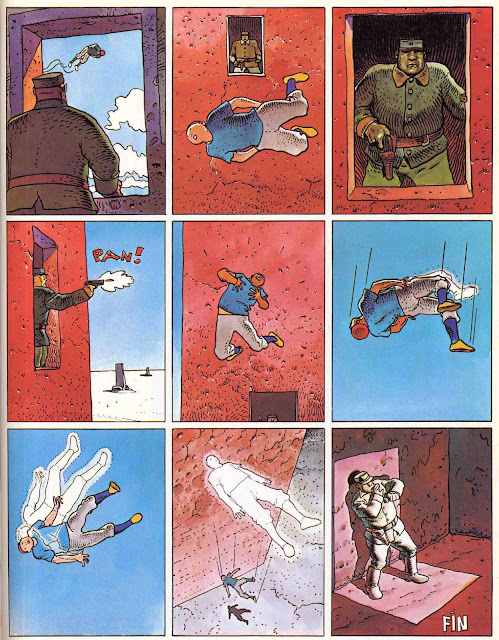 I first read this story when I was 13 or 14 and it was like a puzzle-- challenging me to understand the prisoner's "double evasion."  First he magically and calmly levitates, thereby refuting all the premises of Western science.  Then the ogre guard shoots him, and he dies... but in so doing he transcends the tyranny of his oppressor, because he surpasses the material world and corporeality itself!

But there is also the freedom of  Robert Crumb, who gloriously gave full expression to every lustful impulse society would have him repress... 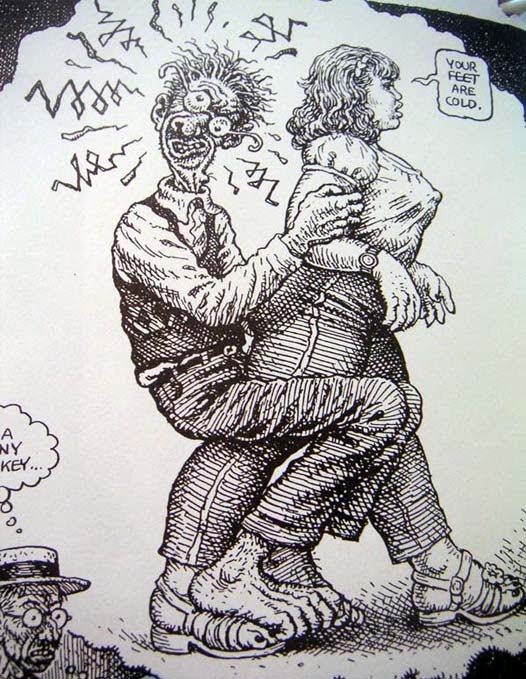 I found his comix on the bottom shelf of Pages Bookstore on Queen St. West, in Toronto, at the tender young age of twelve... along with Art Spiegelman and Francoise Mouly's RAW Magazine, Bill Griffith's Zippy the Pinhead, Vaughan Bode's sexy hallucinations and Chester Brown's Yummy Fur. 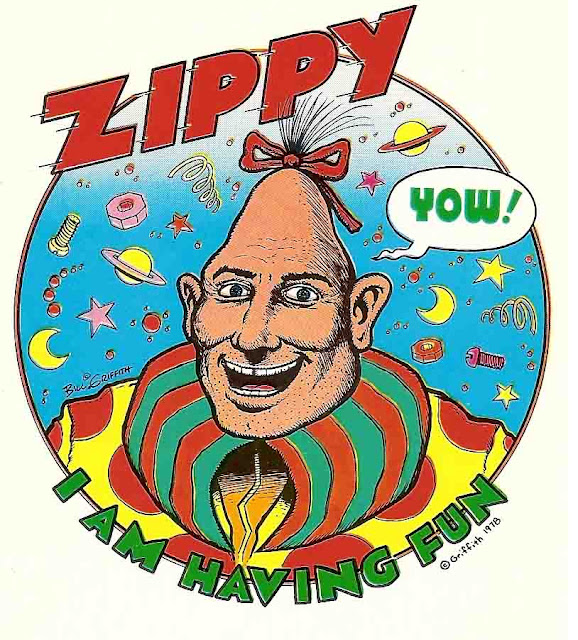 One of Vaughn Bode's scrumptious
and dangerous science fiction vixens ﻿These comics were about freedom from social convention, freedom from making sense and freedom from consensus reality itself!  In a more serious vein, they acknowledged the power of comics to channel the unconscious and assault conventional thought structures.

I challenged myself to be as courageous and unrestrained in taking dictation from my own subconscious. 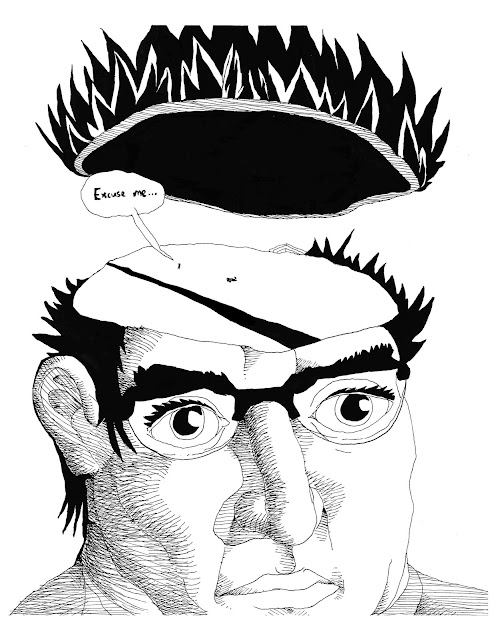 Somebody who looks a lot like me literally "opening his mind" from
THE CLIFF Book One: "My Helicopter"  (Prologue: The Dream of the Elephant and the Mouse)--soon to be released!!