As I may have mentioned, while Mutt Blue was away in Varanasi helping Poopsie the Penguin find Carlos Brown's killer in THE CLIFF, Book 4: "Heart of Brightness," his friends on the Nexus Island between dimensions seem to have aged differently than him--which is to say, for him it's just been a week, but for his former adventurer friends it's been a decade and a half... fifteen years of life gone by.

These process sketches were done to test the "fifteen years down the line" look on Torvek Rotinski, Partridge Bark and Rabbit... and the passage of merely a week for Mutt. 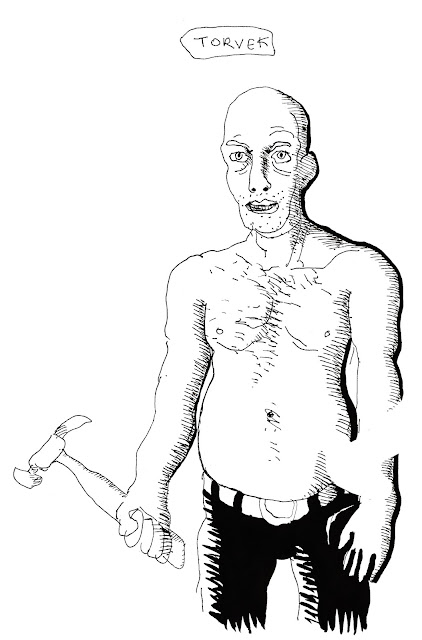 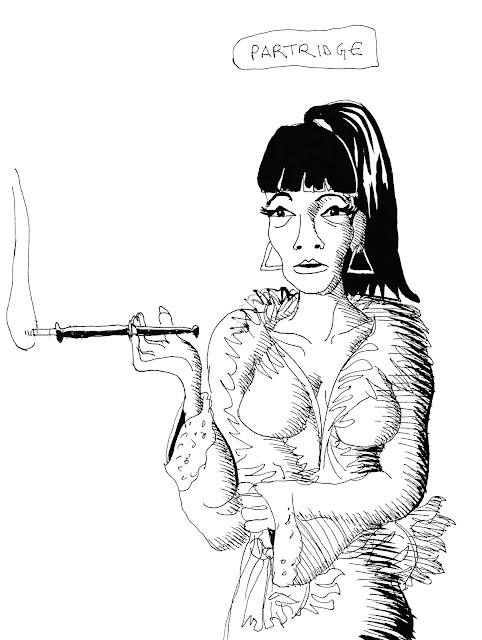 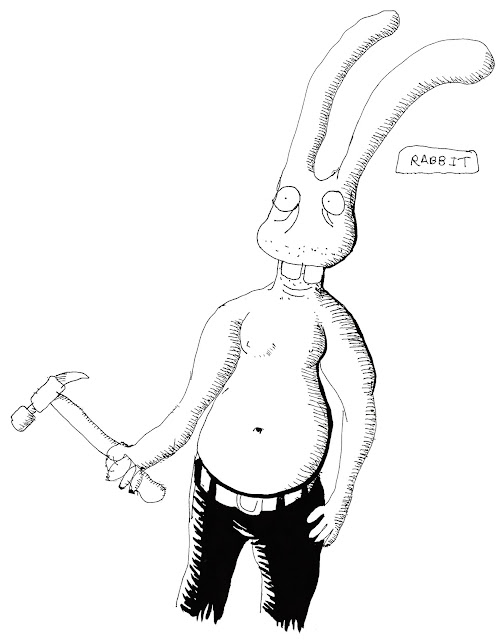 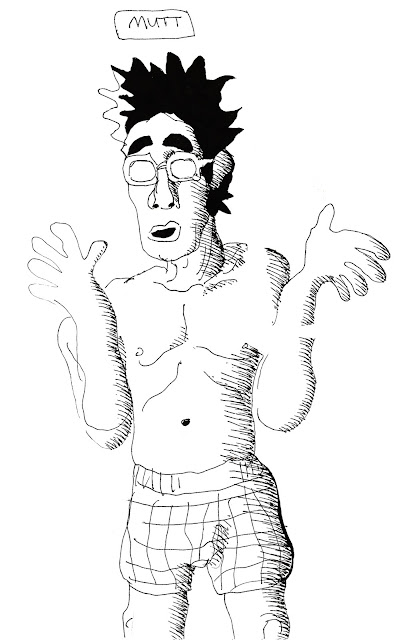